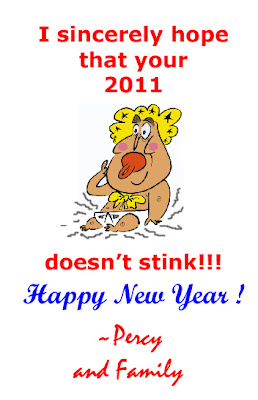 "Be always at war with your vices,
at peace with your neighbors,
and let each new year find you a better man."
http://www.percypringle.com/
Posted by Percy Pringle III - Paul Bearer at 11:29 AM

Wishes For A Very Blessed Christmas 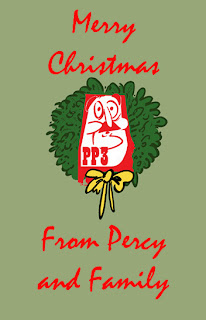 Wishing you all the most blessed
Christmas you've ever experienced!
~Percy
www.PercyPringle.com
Posted by Percy Pringle III - Paul Bearer at 12:27 PM 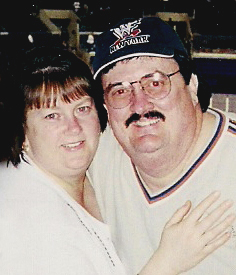 December 22nd does indeed hold many memories for me.  My daughter-in-law Beth, was born on this date.  Also on this date in 1990, I met Vince McMahon for the very first time at the then WWF headquarters, the old Titan Towers, and walked out with my first signed contract.  It is almost impossble to believe that was 20-years ago. 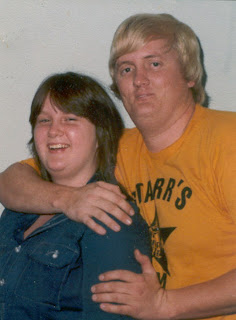 What is really almost a dream is that also on this date in 1978, my late wife Dianna and I were married, 32-years ago.  The images are still burned in my mind, it was exactly 4:30 pm under the oak trees outside of The Irvington First Baptist Church, we would later have our marriage blessed by The Catholic Church. 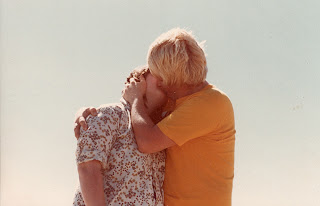 Dianna always loved the holidays.  This is the second anniversary that she will be spending our anniversary and Jesus' birthday with him.  I know in my heart that she isn't hurting anymore, I know that I will see her again one day.  But it is difficult to make those thoughts take the hurt away.  It's the holidays, and it still hurts, and always will.  I try to smile for my granddaughters... but deep inside I will never forget and will always remember when...


Be Blessed.
~Percy
www.PercyPringle.com
Posted by Percy Pringle III - Paul Bearer at 10:32 AM

My bizarre month with Edge... 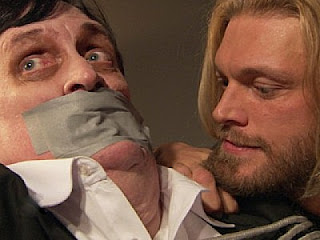 For those of you that missed my previous BLOG with my thoughts on last week's WWE SMACKDOWN, which included ramblings about my past, present, and future, you may check it out at this link if you care to do so.  Last Week's BLOG
WWE did an excellent job on last evening's SMACKDOWN with a whimiscal musical vignette of my bizarre past month being kidnapped by Edge.  If you missed it, you can see it for yourself below.

One week from today will be Christmas.  I wish you all a very blessed Christmas week.
~Percy
www.PercyPringle.com
Posted by Percy Pringle III - Paul Bearer at 10:36 AM

One week ago today, we taped an episode of WWE SMACKDOWN that aired on The SyFy Network this past Friday, December 10th.  That show really stirred up a lot of folks, especially those of you that have followed and supported me for so many years.  To put things in proper perspective, if you didn't read my BLOG on September 25th when I made my return to WWE, if you have the time I highly suggest that you go back and check it out before continuing here.  Just click on this link: PERCY'S POST SEPTEMBER 25, 2010. 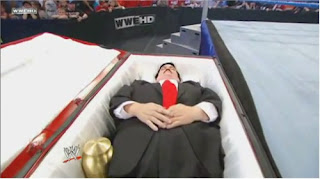 You will see from the very beginning that I didn't make it any secret that I never had any intentions of returning to the WWE, and that it took some "arm twisting" for me to make that decision.  I didn't think it was proper to discuss the length of my contract at that time, however now I feel a bit different, thinking that you should now realize that it was obviously a short term deal.  I will also tell you that my WWE contract IS NOT completely over, in fact I have a couple of months remaining.

Considering my personal past, age, and other issues, I knew in my heart that I couldn't take on a full time schedule that most of the roster, many less than half my age, were doing.  My agreement with WWE was for television (SMACKDOWN and PPV) only.  That is exactly why you never saw me at any live events (house shows).  Unless you have walked in the shoes of a WWE talent working a full time schedule, it is impossible for you to understand what it takes to do that.  I've been there, done it, have a t-shirt, and I know that I didn't want to do it again plain and simple.  These guys and girls out there on the road full time give up so much to entertain the masses.

I throughly enjoyed my time back with the company.  Even though I didn't think so from the beginning, it was something that I seriously needed personally.  It was so good for me to be back with my brothers and sisters from so many years ago, and meet the new talents that have come down the line.  I can honestly say that I cannot say one bad thing about ANY of the young talents curently within the company.  They are good people, that shared the same dream that I had over 30 years ago.  They are outstanding athletes and performers, that have the same passion for the industry that I thought I had lost.  However, this short run proved to me that I still have that passion and will carry it to the grave with me.

Speaking of graves.  Nobody has seen, read, or heard, anything coming from WWE about my character being "dead", "dying", or "killed".  That was also the case back when we did the "concrete crypt" back in June of 2004 at WWE's first Great American Bash; however just as now, some folks are reading more into it.  Folks, this is sports entertainment, it's 2010, not 1970.  Is there a possibility of me ever returning again? I would certainly never say "never"; especially after saying that word six-years ago.

Personally, I truly feel that this past month doing the "kidnapped" storyline with Edge was some of the best work I have done in my 30+ years in the business.  Why would I say that?  I couldn't talk.  Almost everything with the exception of screaming "Kane... Kane..." now and then, was all my eyes and body language.  Some may not feel the same... but this is me talking... and I know my work better than anyone else.

Now that I am not doing WWE television every week, I will be returning to independent events around the country, conventions, and signings as well.  My booking information is available at this link: Percy's Booking Information.

I thank you all from the bottom of my heart for your support.  As of this writing I don't plan to make any changes in my BLOG, Facebook Fan Page, or Twitter.  I hope you continue to follow me, and stay in touch as I will with you all.

I wish you all a blessed Christmas Season!
~Percy
www.PercyPringle.com
Posted by Percy Pringle III - Paul Bearer at 11:06 AM

For those of you that haven't had an opportunity to view WWE SMACKDOWN from Friday, December 10th; here are the three segments that Kane and myself were involved in, including the controversial "final" segment.

Many have jumped to conclusions.... but that's 'rasslin.  I will give my thoughts on this entire situation, as well as what the future holds in store for me, in my next BLOG.

I do want to thank all of you that have taken the time to write me thoughtful emails, Facebook posts, and Tweets.  I appreciate them more than you will ever realize. 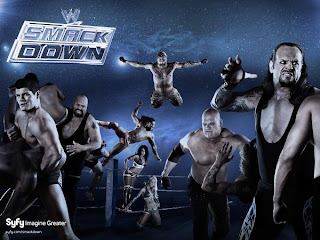 Posted by Percy Pringle III - Paul Bearer at 9:15 AM