It is indeed my pleasure to officially confirm that I will be in Atlanta, GA for this year's WRESTLEMANIA - 27 event.  Including The Hall of Fame Presentation, and the dates and times for my two AXXESS signings. 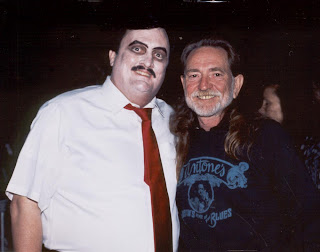 This year's WRESTLEMANIA is very special to me, considering that 20-years ago, The Undertaker and myself appeared at our very first WRESTLEMANIA in 1991, in Los Angeles, CA; where Undertaker defeated Jimmy "Superfly" Snuka.  The two photos above were from that spectacular evening, namely WRESTLEMANIA 7.  The top photo is myself and Willie Nelson, who sang the National Anthem that year; and (bottom) yours truly and The Undertaker being interviewed by Regis Philbin.

I am sincerely excited about attending my first WWE HALL OF FAME ceremony on Saturday evening, at The Philips Arena.  Of course this is not my HOF year, it is just the fact that I have the honor of being there live, sitting with my WWE family.

Then on Sunday evening, I am privileged to attend the grand-daddy of them all, WRESTLEMANIA 27, at the Georgia Dome.

Please remember if you are a regular visitor to my BLOG or TWITTER, don't forget to mention that to me when you meet me. It is such a pleasure to put faces with the names of my friends who have supported me through the years. 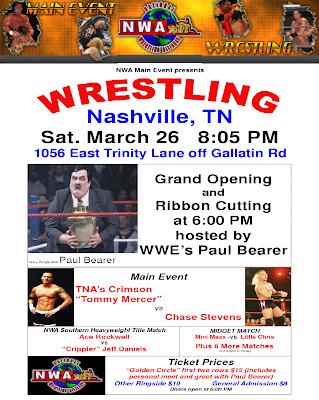 I am so excited about returning to "Music City USA" namely Nashville, TN for the first time in many years.  Nashville is one of my favorite cities in the country, and I have so many friends there that I haven't visited with in a very long time.

I am honored to be a part of the ribbon cutting at the new NWA MAIN EVENT arena and television studio, that will take place at 6:00pm, on Saturday, March 26th.  Notwithstanding the outstanding NWA card set for a 8:05pm belltime.

If you are lucky enough to live in the area, please try to come by and say hello and enjoy an outstanding evening of Pro Wrestling - NWA style. 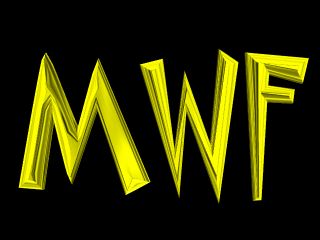 I am excited to be returning to THE MWF in Boston, MA,
namely Melrose, MA; this weekend,
with an event Saturday evening, March 19th,
and a special DVD shoot on Sunday the 20th.

You can get all the information by clicking on this link:
MWF - BOSTON WRESTLING
Be Blessed.
~Percy
www.PercyPringle.com
Posted by Percy Pringle III - Paul Bearer at 11:29 AM

It's that time of year again, and it's not too late...

Our Annual GULF COAST WRESTLERS REUNION begins tomorrow in Mobile, AL.  This will be our 20th year!  It will take place on Friday, March 11th and Saturday, March 12th.

It is open ONLY to those currently involved in, or retired from our industry.  It IS NOT a fan festival.

Our gathering takes place at The Mobile International Speedway, in Irvington, AL, on Highway 90, just west of Mobile.  You may register at the door.  If you like, click on this link and download an application, it will make your registration faster.  You may be questioned as to your history in our business.  Here's the link:  2011 GCWR APPLICATION  It is in pdf. format, so you must have Adobe Reader on your computer to download it properly.

If you come once, you will be here every year; just ask somebody who has attended.  I suggest arriving around noon on Friday, supper is served around 5pm, and Friday's activities end around 7pm, but many stay much longer.  If you can't make it Friday, that's fine, you still can attend on Saturday, as that's the biggest day.  It begins around 9am and usually ends promptly by 4pm.  So if you have a Saturday booking in the area, there isn't a problem.

Be Blessed.
~Percy
www.PercyPringle.com
Posted by Percy Pringle III - Paul Bearer at 9:53 AM 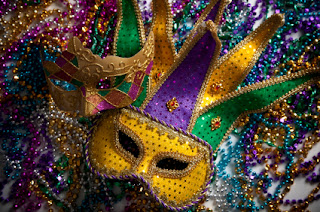 HAPPY MARDI GRAS to all!  It's a big deal in our part of the country and you can watch live streaming television coverage almost all day from my hometown (the birthplace of Mardi Gras) Mobile, AL just by clicking on this link:  LIVE STREAMING MOBILE, ALABAMA MARDI GRAS COVERAGE

There will be almost 200,000 folks on the streets of Mobile today.  I usually go to the parades during the two-weeks building up to this big day, but I usually don't get down in the middle of it all today.

I am still having FACEBOOK issues.  Many of you already know my personal page and fan page got hacked and is permanently gone.  I have started a new personal page for my family, personal friends and business associates; but still trying to decide what to do about the Fan Page I had.  Just beware of all the posers and fakes out there, several trying to imitate me using different names.

Have a great Mardi Gras!

Be Blessed.
~Percy
www.PercyPringle.com
Posted by Percy Pringle III - Paul Bearer at 10:56 AM

After hearing horror stories from so many friends... it has happened to me.  My PERCY PRINGLE III facebook account and fan page as well was hacked and is no more.  I have restarted my personal facebook page that is available only to my family, personal friends, and business associates.  In time, I hope to get my fan page up and running again, just bear with me.  Thanks so much for your support!

Be Blessed.
~Percy
www.PercyPringle.com
Posted by Percy Pringle III - Paul Bearer at 9:32 AM