A NEW ERA HAS ARRIVED

Where do I begin my friends?  I guess we should go with the "Reader's Digest" version, since those of you that visit here often know I can ramble on and on.  Let's just cut to the chase.  About four months ago I recieved a call from the WWE creative folks asking if I had any interest in returning to the company.  Of course this totally caught me off guard.

Just to step back for a moment, many are aware that my wife passed away from three battles with cancer, on January 31, 2009; and my life took some major turns following that tragic life changing event.  We were married 30-years.

Since my departure from WWE at the GREAT AMERICAN BASH on June 24, 2004, I had virtually divorced myself from professional wrestling completely and returned fulltime to Funeral Service, which some may not realize that I have a degree in Mortuary Science and I am a legit licensed Funeral Director and Embalmer.  I managed a small Funeral Home and Crematory here on the Gulf Coast.

In the early Spring of 2010, I decided to test the pro wrestling waters again, and began doing some independent events, autograph signings, etc., around the country to see if the passion was still there for me.  Of course it was, and it will always will be.  I discovered that doing these events took me away from the loneliness I was experiencing without my wife, Dianna.  I was actually having fun again; and these days if it's not fun, you can leave me out of it. 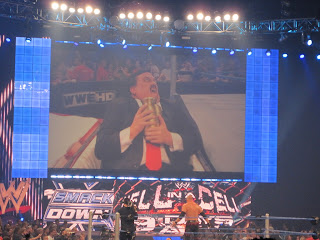 During the six-years I had been away from WWE it would be a major understatement to say that many things had changed since I signed my first contract there on December 22, 1990.  We started negotiations for my return.  I still had many doubts if this was what I really wanted to do.  Through much prayer, and conversations with my immediate family and close friends, I decided that if all the pieces of the puzzle fell into place, that this was meant to be.

I had to fly to Pittsburgh, PA and go through major physical and mental examinations; which to my dismay, all the results came back positive.  My final question to myself was... "What would my late wife Dianna want me to do?".  That answer was the easiest of all... she would say, "Get your ass back on the road!".  So.... 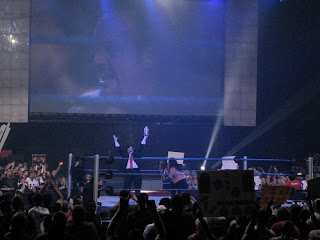 ...here I am.  My contract actually became effective on August 1st, and sworn to secrecy, it was extremely hard to keep so many of my contacts from knowing what the future was going to hold in store for me.

Many have asked for the details of my contract, such as it's length, even monetary details, and the like.  Sorry you won't get that confidential information from me.  I will say that a clause in my contract allows for me to continue working independent events, if I desire, and as long as they don't interfere with my WWE commitments.  The bottomline is that I consider myself very lucky, at the tender age of 56, to get another chance at the top of our game.  I am truly blessed.

My SMACKDOWN re-debut to the company was set to be taped this past Tuesday evening, in Bloomington, IL.  Getting there, staying at a discreet hotel, sneeking into the venue, and hiding out in the dressing area until my time in the event came, is a story onto itself.  Most of the wrestlers on the card that night didn't even know I was there. 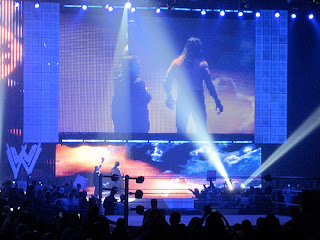 A new era has begun in my life.  And I have you the fans who made the Percy Pringle / Paul Bearer characters to thank.  Notwithstanding, those within WORLD WRESTLING ENTERTAINMENT who continue to have confidence in my old school abilities.  It doesn't matter if it lasts a week, a month, or five more years.  It's all good.

As always, I do my best to remain accessable to you folks; and I do read and answer all of my email on a timely basis.  Unfortunately, you may not get the answers from me that that you may desire.  I just tell it like it is with no apologies.

I would like to thank Gerweck.net for the three photos above that I borrowed from their site, that were taken the Tuesday evening of me re-debut.

I cherish the profession that has been a part of me most of my adult life, and sincerely want you to know that I appreciate my fans, supporters, and friends more than you may ever realize.  Now I will "...hide my age, make the stage, and try to kick the footlights out again."

Be Blessed.
†Percy
Posted by Percy Pringle III - Paul Bearer at 10:45 AM 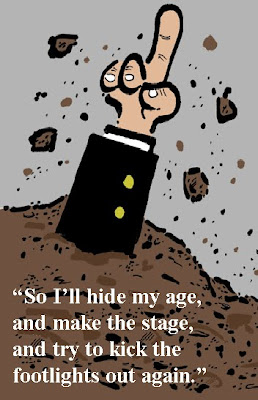 Sorry my friends, I will not have any official comments regarding internet reports concerning my return to WWE until after SMACKDOWN Friday evening, September 24th. I appreciate your understanding and cooperation. 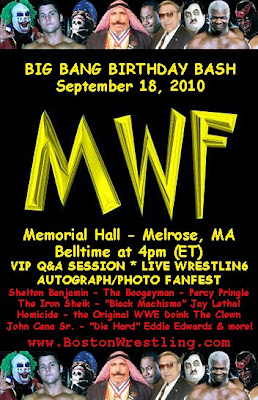 It is indeed a pleasure to return to the Boston area Saturday, September 18th.
If you live in the area you can't miss this chance to be a part of MWF's 9th Anniversary BIG BANG BIRTHDAY BASH at The Memorial Hall, 590 Main St., in Melrose, MA.
The event is featuring Shelton Benjamin - The Boogeyman - Percy Pringle - The Iron Sheik - "Black Machismo" Jay Lethal - Homicide - the Original WWE Doink The Clown Matt Borne - MWF President John Cena Sr. - "Die Hard" Eddie Edwards & so much more!

You can get all the info by clicking here: MWF 9th ANNIVERSARY BIRTHDAY BASH 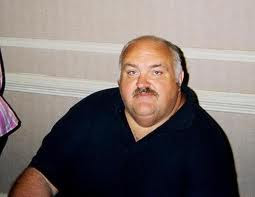 My friend Mike Shaw, known to many of you pro wrestling fans as Bastion Booger, or even by the names of Makhan Singh, Norman the Lunatic, or Klondike Mike; passed away this past Saturday, September 11th.
Like myself, Mike battled weight issues for his entire lifetime.   He passed from complications due a heart attack at the young age of 53.  Greg Oliver, from Canada's SLAM Sports, wrote a wonderful obituary that you may access at this link:  Mike Shaw Obituary.
May his soul and the souls of all our brothers and sisters rest in the arms of our Saving Lord. 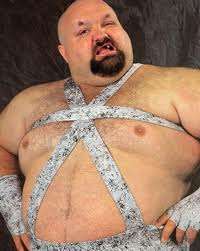 Be Blessed.
~Percy
www.PercyPringle.com
Posted by Percy Pringle III - Paul Bearer at 9:35 AM 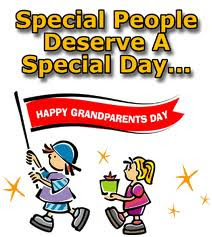 This day is often overlooked by so many, through nobody's fault, it is just not advertised as much as Mother's and Father's Day, but today is Grandparents Day.  If you are so lucky to still have your Grandparents or even your Great-Grandparents, let them know you haven't forgotten them.  Believe me, as a Grandparent myself, I now know what it's like.  We treasure our babies, and grand-babies no matter how old they are.  It's a hell of a deserted feeling to think you've been lost in life's shuffle by the ones you love more than life itself. 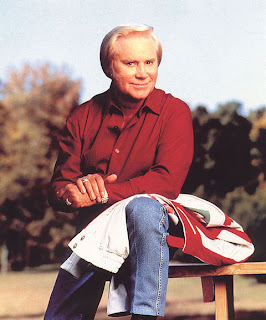 If you know me, you know I am one of the biggest fans of "The Possum" George Jones (in more ways than one).  Today is George's 79th birthday, and he still travels putting on the best concerts of his career.  I'll get to visit with him, Nancy, and The Jones Boys, again on October 8th, and I can't wait. You can find everything you want to know about "The Possum" on his website:  George Jones' Website.  He is also on Facebook, well I should say his wonderful wife Nancy is and she is very active, their Official Facebook account is:  George and Nancy Jones Facebook Fan Page.
HAPPY BIRTHDAY
MY FRIEND!

THE CRIMSON TIDE rolled again last night against Penn State.
It was a good one if you missed it.
Be Blessed.
~Percy
www.PercyPringle.com
Posted by Percy Pringle III - Paul Bearer at 10:06 AM

HAPPY and SAFE LABOR DAY TO ALL 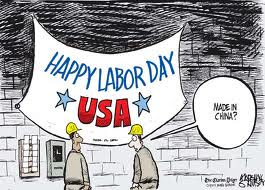 My sincere wishes to all for a very safe and enjoyable Labor Day!
Be Blessed.
~Percy
Percy Pringle.com
My Official Facebook Fan Page
Posted by Percy Pringle III - Paul Bearer at 3:33 PM 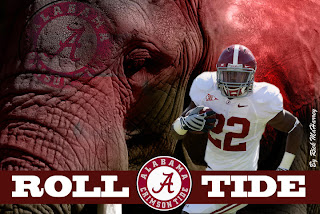 This game will determine . . .


What kind of depth Alabama can de­velop for bigger games, beginning next week when Penn State visits.

Three things to look for:
1. Option offense. Alabama ex­pects a run-oriented attack from San Jose State, an offense the Crimson Tide doesn't see in the SEC. Problem? "You just have to be disciplined and know who you have," Alabama junior SS Mark Barron said.
2. Eddie Lacy. RB Trent Richard­son will get the few carries that star Mark Ingram would have gotten if he hadn't injured his knee. Lacy, a redshirt freshman, will back up Richardson. Prepare to be impressed.
3. Specialists. Who will kick? Freshman Cade Foster might boot the long ones; sopho­more Jeremy Shelley could handle the short shots. Who will punt? It really could be a game-time decision between freshmen Jay Williams and Cody Mandell.

Key matchup:
San Jose State DE Mohamed Marah vs. Alabama RT D.J. Fluker. The suc­cess of Alabama's offense this sea­son might depend on Fluker's devel­opment. The big redshirt freshman will face a fifth-year senior who missed all but the first game last sea­son because of an injury. Fluker will have an 85-pound advantage.

By the numbers:
$1 million -- reportedly the amount Alabama is paying SJSU, which can­celed a $200,000 deal to play at Stanford.

Be Blessed.
~Percy
www.PercyPringle.com
Posted by Percy Pringle III - Paul Bearer at 9:26 AM