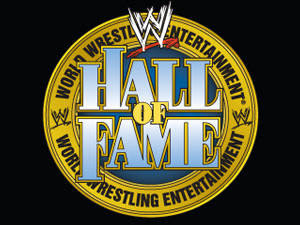 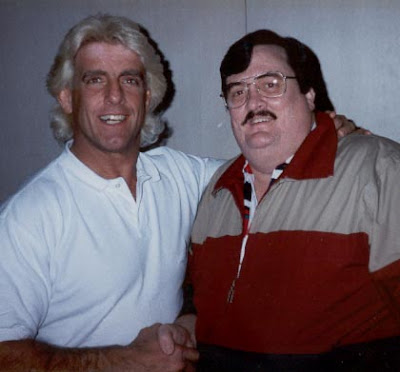 Dianna and myself drove over to Pensacola last night to visit with son Daniel, his lady Jami, and our new grand-daughter Danielle. We haven't seen them in about 3-weeks and it is just amazing how much Danielle has grown when you don't see her everyday. Although we could have stayed longer, I hurried back to watch the 'greatest of all time' Ric Flair get inducted into the WWE Hall Of Fame.
I have always been, and I remain a "mark" for Ric Flair to this very day. Ric gave me one of the biggest compliments of my career back in 1985, when he told Wahoo McDaniel that when he was finished with me he wanted to take me to Atlanta. Although that was never meant to be, I had several opportunities to work with Ric all around the world. I am fortunate to consider him to be one of my heroes that I can call a friend.
Many consider the WWE Hall Of Fame just to be another McPromotional tactic, just to sell tickets to another McEvent, to hype WRESTLEMANIA. Be that as it may, we all have our own opinions. However, the tears in the eyes of the men and women last night was certainly not a promotional tactic. That was straight from their hearts. Those tears were demonstrative of the true passion that unfortunately doesn't exist in the hearts and souls of many today who suck the lives blood out of our industry.
I am truly blessed to have know each and every one of the men and women who were inducted last night. I was honored to have worked for Eddie Graham's FLORIDA CHAMPIONSHIP WRESTLING for a year, and I was there during his unfortunate demise. Needless to say, standing next to Gordon Solie doing countless interviews so many times was always a thrill for me.
Chief Peter Mavia... I met in the Chicago airport back in the late 1970s. Rocky Johnson... he gave us The Rock. Mae Young... whom I love so dearly. The Brisco Brothers... represent class in every sense of the word, whose friendships I cherish.
Congratulations to the entire class of WWE HOF 2008 inductees!

That brings us to the true grand-daddy of them all tonight... WRESTLEMANIA. We will gather at a close friends home tonight along with some burgers, dogs, tater salad, and Jack Daniels to watch.
NOBODY who has every laced on a pair of wrestling boots, or these days put on a pair of tennis shoes and kickpads, could never say that they have never dreamed of walking the aisle and participating in a WRESTLEMANIA. They say if you've done it, it ain't bragging. Well... I've done it... and darlin' I'm bragging! 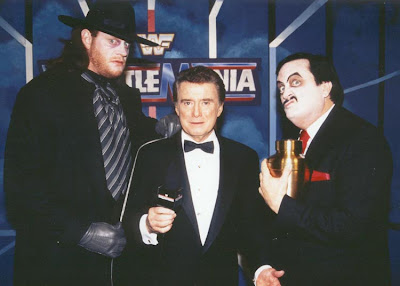 The photo above is The Undertaker and myself with Regis Philbin in Los Angeles during WRESTLEMANIA VII. This was Taker and myself's first. From 1991, until WRESTLEMANIA XX, I had a part in one way or another in each and every one. There are no words to describe it. I know exactly what each talent there today feels like. I also know that there is no better view than with friends in front of a TV screen, and that is where I will be along with many of you this evening.
ENJOY!!! This is what it is all about.
Be Blessed.
~Percy
www.PercyPringle.com

Posted by Percy Pringle III - Paul Bearer at 9:19 AM 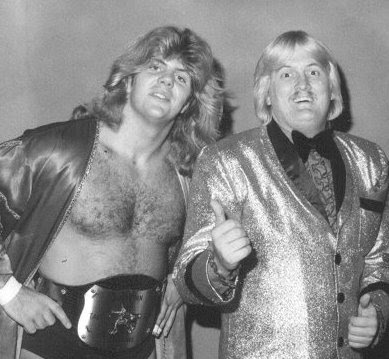 Posted by Percy Pringle III - Paul Bearer at 7:11 AM 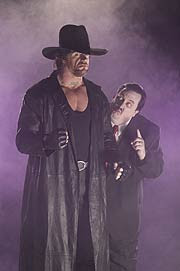 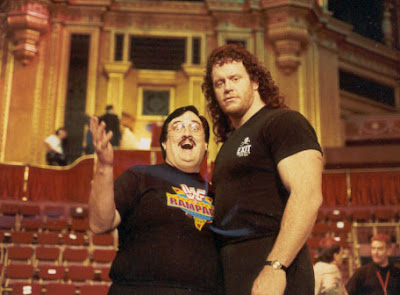 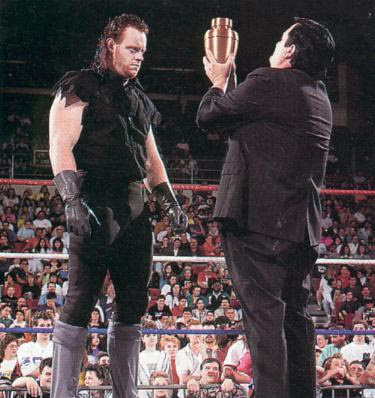 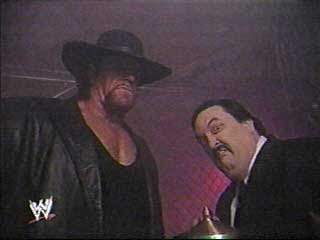 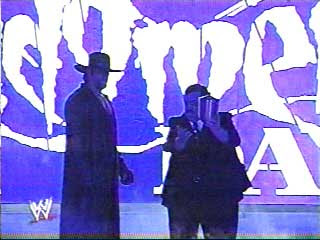 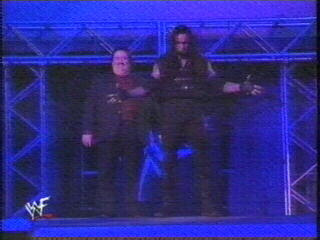 HAPPY BIRTHDAY TO MY FAVORITE DEADMAN!
Be Blessed.
~Percy
www.PercyPringle.com

Posted by Percy Pringle III - Paul Bearer at 6:30 AM 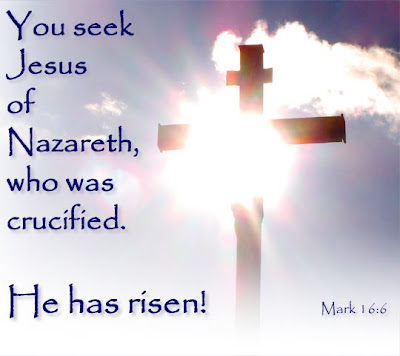 Happy Easter my friends, from our home to yours! 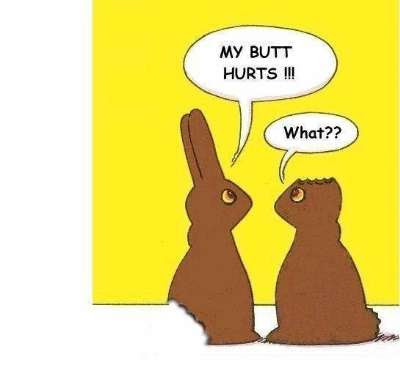 I had to include my favorite Easter cartoon of all time.
Be Blessed.
~Percy
www.PercyPringle.com

Posted by Percy Pringle III - Paul Bearer at 6:01 AM 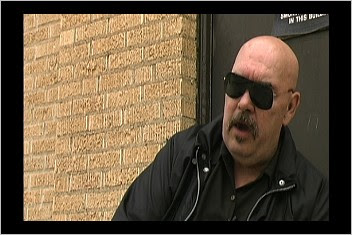 My dear friend Rhonda from Dallas emailed me a link to Uncle Gary's obituary in the Fort Worth Star Telegram newspaper today. I would like to share it with you at: GARY HART'S OBITUARY 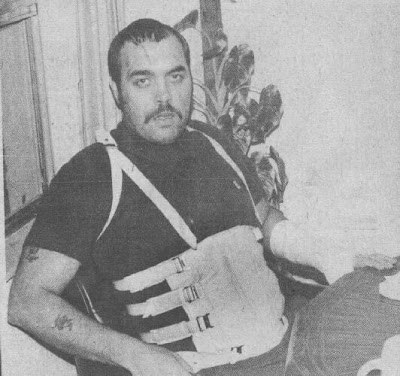 Younger fans may not be able to appreciate the fact that Gary cheated death on several occasions during his lifetime. The photo above was taken shortly after the February 20, 1975 plane crash in Tampa Bay that killed one of my favorites Bobby Shane. The plane was piloted by wrestler Buddy Colt, and Austin Idol was also a passenger.
I was mesmerized with Gary's memories of that tragic night. He was literally thrown through the roof of the airplane. With numerous injuries that included a broken back, he swam to shore. I can still hear Gary tell me, "Percival... I wish I had went down for Bobby one more time."
He was indeed one of a kind.
Be Blessed.
~Percy
www.PercyPringle.com 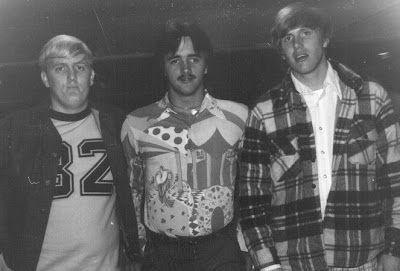 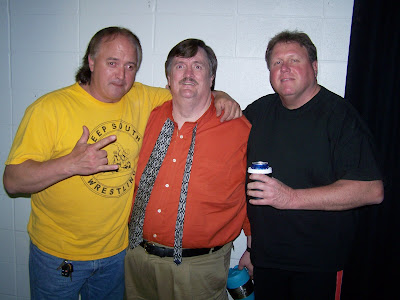 My friends, this is what it is all about.
Be Blessed.
~Percy
www.PercyPringle.com

Posted by Percy Pringle III - Paul Bearer at 6:09 AM

Just a quick note this morning to tell you that Cousin Marcel is out of the hospital and resting comfortably at home. He'll be out for about three weeks but he will be just fine.

On his behalf I would like to thank you all for the thoughtful emails and prayers.

Be Blessed.
~Percy
www.PercyPringle.com
Posted by Percy Pringle III - Paul Bearer at 6:40 AM

"So Percival... Matthew says you don't like being painted yellow." 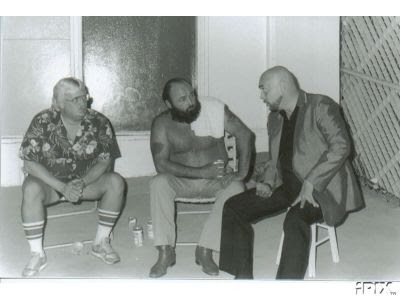 Myself, "Killer" Tim Brooks, and Gary Hart in the dressing room somewhere in Texas around 1986 or 1987. 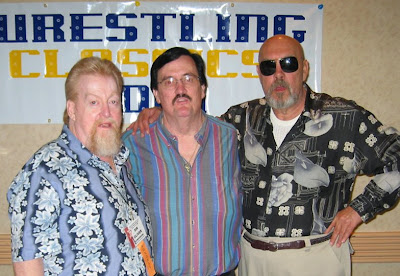 Sir Oliver Humperdink, yours truly, and "Uncle" Gary Hart at the Cauliflower Alley Club Reunion in Las Vegas in 2005. 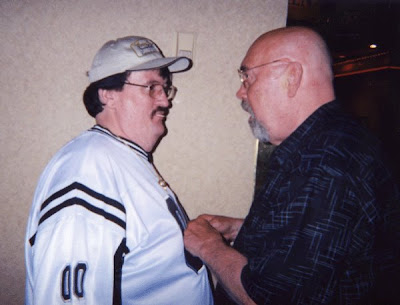 Sharing a private moment with my friend Gary in Las Vegas. Another chapter has closed on old school professional wrestling.
ahhhhhhh...... Gary Hart. There's so many thoughts, so many memories, and an aching heart knowing that our brotherhood has lost yet another cornerstone. Far too many stones have fallen, the building is crumbling right before our very eyes.
I could tell stories all evening about Gary Hart, whom I've been privileged to call "Uncle Gary" for so many years. I first met Gary in World Class during the mid-1980's. Booker Ken Mantell had brought myself and Rick Rude in from Florida. If you've seen the WWE WCCW dvd, you know that Gary didn't care too much for Ken. So... me being "Ken's boy," made me an enemy to Gary. We were both heel managers, the formula is simple. Oil and water. Be that as it may, Gary and myself were really fine with each other, but we never were "buddy - buddy."
In time, Ken Mantell left and down the road Gary took over the book. I was still a heel manager and I had an office in the Sportatorium handling all the souvenir merchandising. About that time, I started getting painted yellow, booked in mud matches, just having a grand old time. One of my stable of wrestlers was Matt Borne, and Matt and Gary were pretty tight. However, Matt was never known to be too tight lipped. He told Gary how much I hated getting painted yellow every night.
One quiet afternoon in the Sportatorium, I was in my upstairs office and Gary was in the booker's office downstairs. I heard footsteps and the next thing I heard was, "So Percival... Matthew says you don't like being painted yellow."
We looked at each other, and all of a sudden something changed. We spent the afternoon laughing. From that day on, practically every afternoon Gary would come up to my office and we would share.... hmmmm.... you know..... things folks shared at the world famous Sportatorium. LOL
I learned a lot from Gary. Not just managing. I learned how to be biggest asshole in the universe if I wanted to be. How to give you a big hug, and put a knife in your back at the same time, while smiling from ear to ear.
Gary always carried a razor blade in his cigarette pack, and I watched him carve up my friend The Missing Link one night in the dressing room in Plano, Texas.
Just like myself, if Gary was your friend, you had the best friend in the world. If he was your enemy, you had better watch your ass 24/7, one day you will be had.
I will always treasure my time with Gary. Just like me, he loved his sons more than life itself; and just like me, he was so proud when his son became a wrestler.
Go rest high on that mountain Uncle Gary, your work on earth is done.
Be Blessed.
~Percy
www.PercyPringle.com 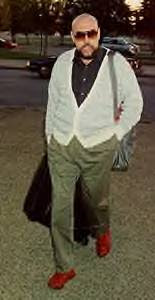 I was just notified that my dear friend and fellow manager, "Playboy" Gary Hart has passed away.

I don't have any details at this time.

May his soul and the souls of all of our wrestling brothers and sisters rest in the arms of our Saving Lord.

Be Blessed.
~Percy
www.PercyPringle.com
Posted by Percy Pringle III - Paul Bearer at 8:18 AM 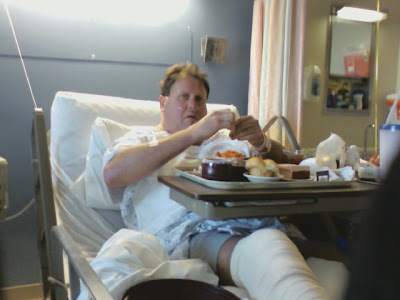 Dianna and myself had a great visit with Cousin Marcel in the hospital earlier this afternoon. As you can see in my cellular phone picture, he is eating well, his spirits are in fine shape, and he is looking forward to possible being discharged tomorrow.

Please continue to keep him in your prayers! 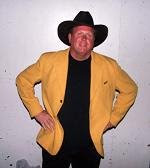 Cousin Marcel had emergency surgery this afternoon. He broke is tibula and fibula above the ankle in the Main Even of last night's Suncoast Wrestling event in Loxley, Alabama. They set the fractures, and inserted some pins and a rod to stabilize the bones while they heal. He is resting comfortably in his room tonight. Let's keep him in our prayers, as well as his physicans and nurses who are caring for him.
Be Blessed.
~Percy
http://www.percypringle.com/
Posted by Percy Pringle III - Paul Bearer at 7:20 PM

One of my best lifelong friends in the world, my wrestling cousin, "Marvelous" Marcel Pringle is in a local emergency room as I type with a probable broken ankle. An injury he received in a freak ring accident at an independent event we participated in in Loxley, Alabama this evening. I will try to keep you updated.
Be Blessed.
~Percy
http://www.percypringle.com/

Posted by Percy Pringle III - Paul Bearer at 1:42 AM

The Urban Cowboy Himself... WRESTLERS REUNION One Week Away... 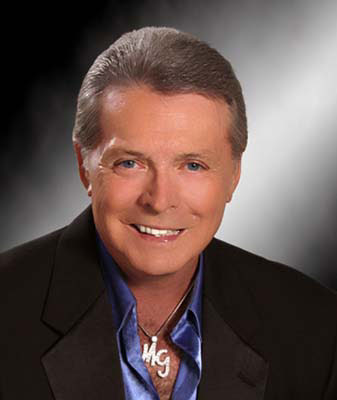 Dianna and myself had a chance to spend last evening with "The Urban Cowboy" Mickey Gilley at a local entertainment venue. I met Mickey back in the 1980's when World Class had shows at his famous nightclub in Pasadena, Texas. We had a great time, notwithstanding that I also had a visit with Mr. Jack Daniels himself. That probably explains the headache today. LOL

The GULF COAST WRESTLERS REUNION is just one week away. Regular visitors here have read about it many times. This will be our 17th year. Our gathering is ONLY open to those active in our business, or retired from the ring. It IS NOT a fan festival. Credentials are checked throughly.
It is located on the property of the Mobile International Speedway west of Mobile in Irvington, Alabama.
Here is a link to Mapquest, for a map. MAP TO GCWR
-Take Interstate 10 to EXIT 10 (Dawes - Bayou La Batre)
-Go south, that would be a right coming from Mississippi; or a left traveling from Mobile.
-The road will end at a red light at Highway 90.
-Take a right, and go to the next red light.
-Make a left.
-Cross over the railroad tracks and take the first left.
-You will run right into the speedway property.
This will no doubt be our largest year ever. I suggest you get there early on both days, which would be around 3pm on Friday 3/7, and 9am on Saturday 3/8.
Be Blessed.
~Percy
www.PercyPringle.com
Posted by Percy Pringle III - Paul Bearer at 3:41 PM