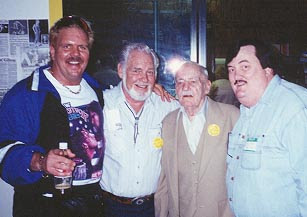 Speedy Hatfield (3rd from the left) poses with myself, Michael Hayes, and Lee Fields, at one of our Gulf Coast Wrestlers Reunion in the late 1990s. Speedy died on this date in 2002. Speedy and his three sons, Lee, Bob, and Don, were the cornerstones of the wrestling I grew up on; namely Gulf Coast Wrestling. We'll never forget.
Be Blessed.
~Percy
www.PercyPringle.com
P.S. - can you believe that I am getting emails telling me the cellphone video below is a fraud! Gosh... next thing you know they will tell me 'rasslin is fake too.
Posted by Percy Pringle III - Paul Bearer at 7:23 AM

A MUST SEE - About Cellular Phones !

No words are necessary, just watch the YouTube Video.

Be Blessed.
~Percy
www.PercyPringle.com
Posted by Percy Pringle III - Paul Bearer at 8:09 AM 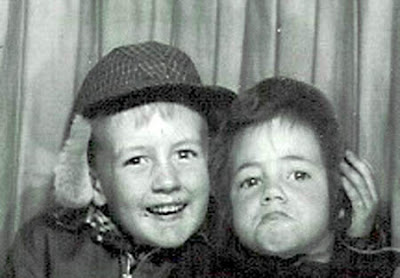 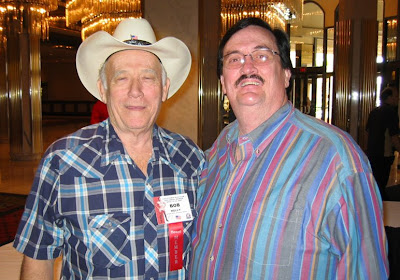 It is truly a blessing to have a childhood hero that you can call your friend. That is how I sum up Cowboy Bob Kelly, a true Legend of Gulf Coast Wrestling. Today is not only Cowboys' birthday, but it is his and his wife Chris' 50th wedding anniversary. Best wishes!
Be Blessed.
~Percy
www.PercyPringle.com

Posted by Percy Pringle III - Paul Bearer at 7:12 AM

Four years ago today, at WWE's first Great American Bash, my career was cemented for eternity. Here's some "behind the scenes" photos you may enjoy. 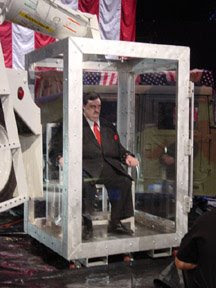 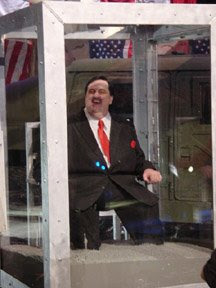 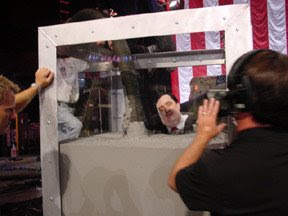 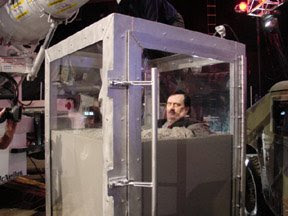 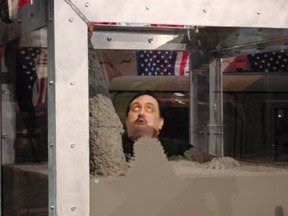 Posted by Percy Pringle III - Paul Bearer at 6:06 AM

Kurt is the man responsible for all of the artwork
on my website. This is one of the first homepages
he ever did for me. 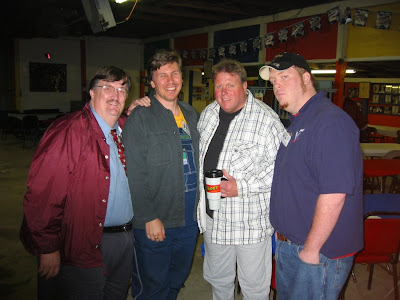 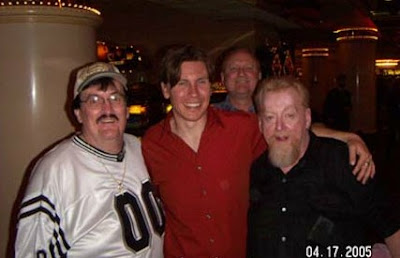 Kurt flanked by myself and fellow manager
Sir Oliver Humperdink at The CAC in 2005. 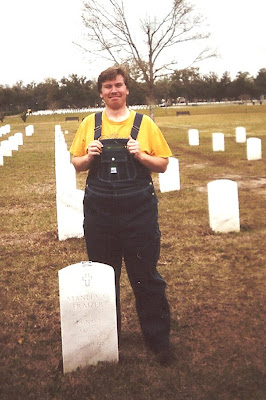 The Plowboy at the graveside of his namesake
Plowboy Frazier, a.k.a. Uncle Elmer.

Kurtles with the legendary Great Mephisto. 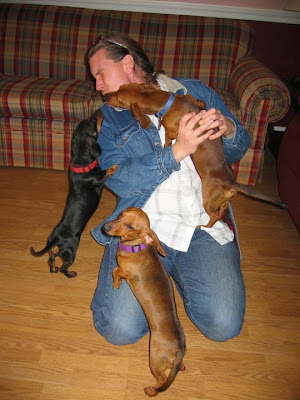 A goodbye from my three sausage dogs.

BE BLESSED
~Percy
www.PercyPringle.com
Posted by Percy Pringle III - Paul Bearer at 6:29 AM

HAPPY FATHER'S DAY to my own Dad, my two sons, and all of the father's that visit my website! 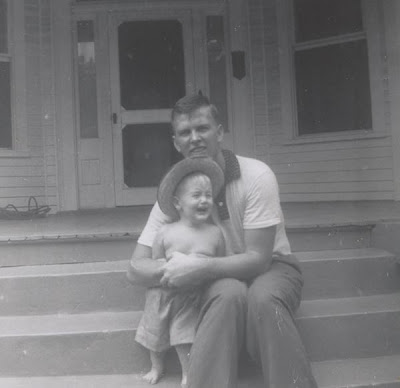 My Dad and me. 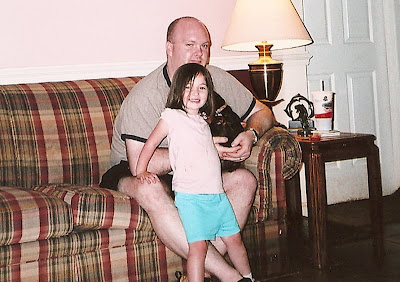 My oldest son Michael and his daugher Grace, who will turn 4 next month. 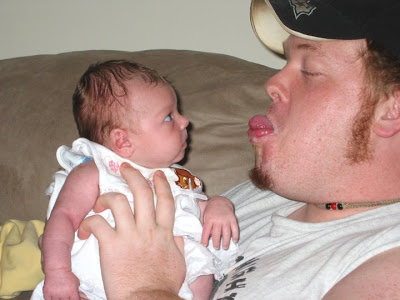 My youngest son Daniel, and his daughter Danielle, who turned 4-months old yesterday.

Be Blessed, I am. 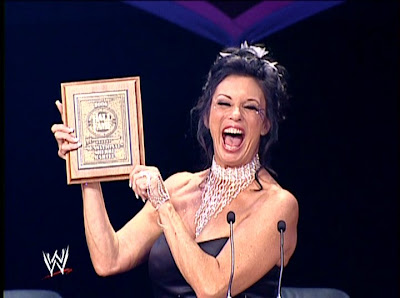 My dear friend Sherri Martel died one year ago today, in 2007.

We will never forget...

Posted by Percy Pringle III - Paul Bearer at 6:01 AM

I thought that some of you might enjoy these ancient snapshots. Manager versus Manager, Texas Bullrope Match, myself versus Izzy Slapawitz, for International Championship Wrestling, in 1978, The Coliseum - Jackson, Mississippi. 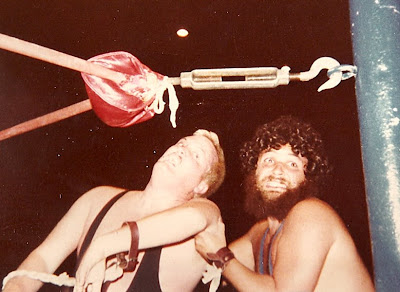 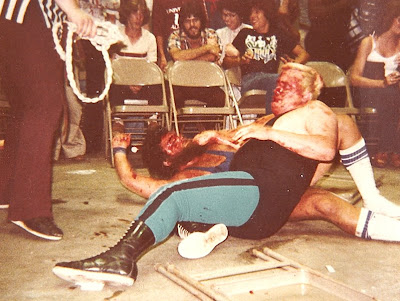 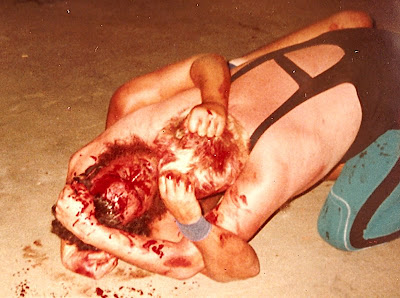 Blame it all on her roots... 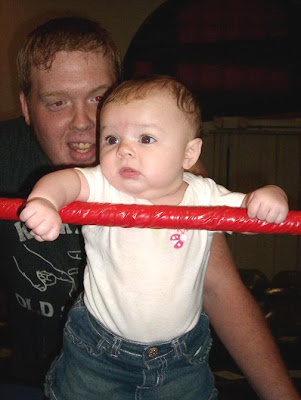 Our youngest grand-daughter Danielle Marie, hamming it up with her Dad in the wrestling ring, of course, at a local indy event last weekend. Danielle will be 4-months old on the 14th. She's aready standing in the corner (below) waiting for the "hot tag." 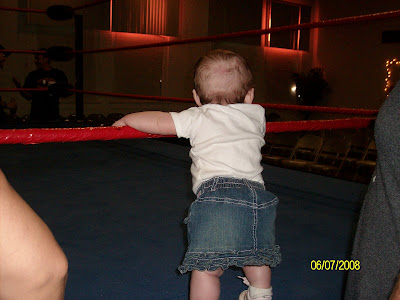 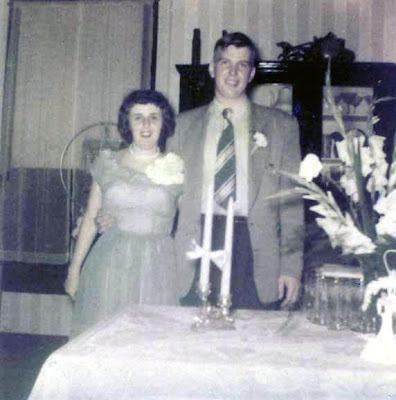 On this day in 1953, my parents were married (photo above). Today (photo below) they celebrate their 55th wedding anniversary. Can you imagine that? 55 years? That boggles my mind. They are heading over to the Mississippi Gulf Coast this afternoon to spend two days at the casinos. I wish them the very best! 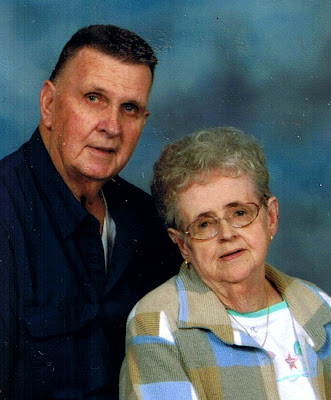 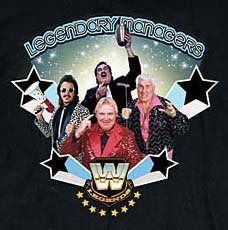 Three years ago today, in 2005, I signed my WWE legend's Contract. It was for 5-years, and with the approval of all parties involved will renew itself after that. I have been truly blessed to be associated with the grand-daddy of them all. To say that our association has allowed me to live my dreams would be an understatement. Just the fact that I signed my first WWE contract on December 22, 1990 speaks for itself.
That reminds me that "Earthquake" John Tenta passed away two years ago yesterday, on June 7, 2006, after a valiant battle with cancer. John was a fine individual, a credit to his family and our industry. We will never forget. 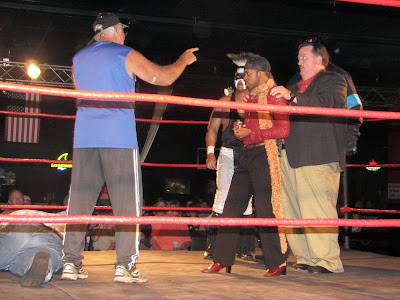 This evening at 6:00 pm the bell will ring at The Whiskey in Mobile, for another High Impact Wrestling event. The 2008 Version of THE PRINGLE DYNASTY has been running wild. The photo above (taken by my friend Brian Reese) shows yours truly at the last event being chastised by the legendary Bullet Bob Armstrong for mistreating my youngest son D.J., who lies in a heap on the canvas to Bob's left. If you live in the area, come out and see us tonight!
Have a great week.
Be Blessed.
~Percy
www.PercyPringle.com

Posted by Percy Pringle III - Paul Bearer at 7:19 AM

To say that I have been a busy man during the past couple of weeks would be an understatement. Many of you who visit here know that if I don't make regular updates that there is a reason, and these days the reason is usually my "real job" in the "real world." I missed talking about the anniversary of my emergency gallbladder surgery on May 24, 2004 which literally was directly tied to Paul Bearer being buried in concrete at the GAB that year. I missed remembering the anniversary (June 2nd) of the deaths of Junk Yard Dog (1998), and Fred Blassie (2003). I didn't forget these important dates, but it has just been hard to get to my computer keyboard.

On this date in the year 2000, Lee Fields, the godfather of gulf coast professional wrestling, passed away after a long illness. I probably would have never discovered this great sport of our if it wasn't for Lee Fields (photos above and below). We will never forget. 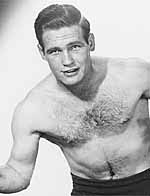 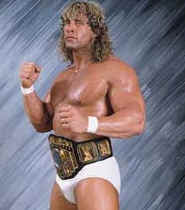 Also on this date in 1986, my friend Kerry Von Erich was involved in the motorcycle accident that took his foot, and in my humble opinion was directly related to the eventual loss of his life. Kerry was so hard headed when it came to this injury. I will never forget the night he made his come back after the accident. We were in Reunion Arena in Dallas, a few of us, including Kerry, were sharing a dressing room. Right before the match a doctor well known to WCCW came in and stuck Kerry's still not completely healed foot with several vials of novacaine. His foot was completely numb, which he took as a good thing. He went out there and wrestled, and there is no doubt in my mind that he permanently damaged what was left of his foot, and the amputation followed shortly after. I loved Kerry, and I always will. We will never forget.
Tomorrow, June 5th, President Ronald Reagan died in 2004.
Be Blessed.
~Percy
http://www.percypringle.com/