Here we go again... another dear friend passes away. 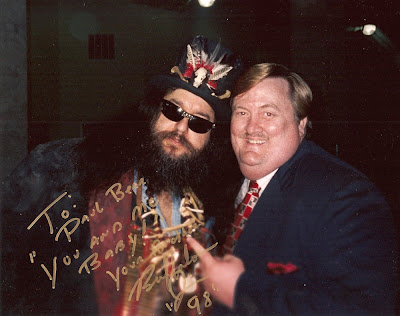 One of the most colorful characters ever to come out of Las Vegas died on Sunday, April 6th. I wish I could tell you all about my friend Jim Barrier. He operated several business in Vegas, including a auto electrical shop, and his own Buffalo Wrestling Federation. "Buff" had the largest Muhammed Ali collections in the world. He was dedicated to his family and his many, many friends.

Gosh... I have so many Buffalo stories. He used to pick me and 'Taker up at the airport in his limousine everytime we came to Vegas, and for quite awhile that was very often. We were with Undertaker the night (all night) when got his very first tattoo. I wish I had all the postage that he used to send me so many things in the mail though the years, pictures, DVDs, tapes from his wrestling show, music, newspapers, he even had his own wooden nickle with his face on it.

When I think of my favorite "Buff" story, I always recall one particular night we (me, 'Taker, and Buff) were together at one of Vegas' top strip clubs. I guess we must have been there 5 or 6 hours, when Buffalo went to the restroom. 'Taker told me he couldn't take it anymore, and was going to sneak out and get a cab and go back to our penthouse at the Imperial Palace. Just the fact that 'Taker was leaving was a statement in itself, we are talking about THE Vegas party animal of the 1990s. Well... I was too 'nice' to run out on our friend, although he probably would have never known I was gone. LOL Anyway... I stayed for another hour or so and ran out into the rising sun over sin city the next time "buff" hit the bathroom. It is one of those you had to be there moments. 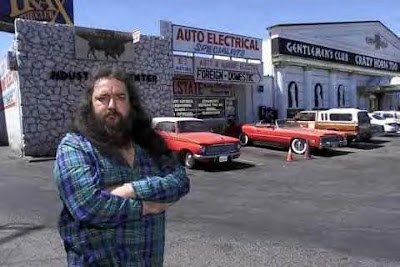